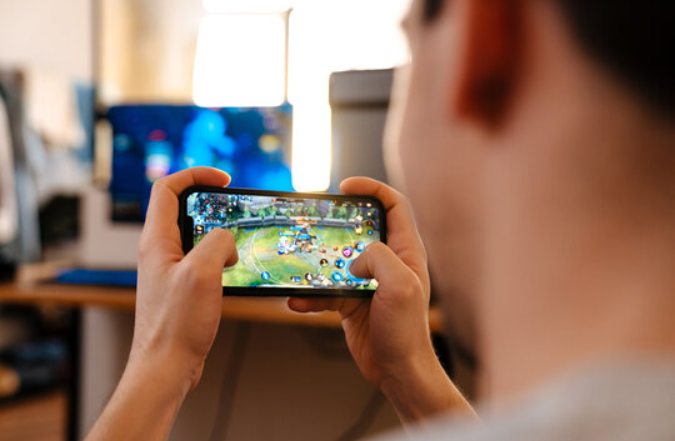 With the end of 2022, the major “annual summary” also appeared in all walks of life. Recently, the Korean media summarized the top ten news in the Korean gaming industry in 2022.

Jung-JU Kim, the founder of South Korea’s largest game manufacturer NEXON, died on February 28. He is an engineer entrepreneur, leading the booming gaming industry in South Korea, and also made him the richest people in South Korea. Jung-JU Kim’s sudden death was shocking, and many well-known companies and people in the gaming industry expressed their condolences to the pioneer. NEXON CEO recently said: “The tragedy of Jung-JU Kim, who was unable to express our friends and tutor Jung-JU Kim, had an inestimable positive impact on the world.”

Jung-JU Kim left a large number of NEXON shares, which has been inherited by his wife and two children.

According to the news on December 2, the temporary ban on the Korean game giant Wemade’s temporary ban on the Korean game giant Wemade on the Korean game giant Wemade for the first time this morning. It is reported that UPBIT, Bithumb, Coinone, Korbit, and GOPAX have previously announced that the time to remove WEMIX is December 8. Earlier news, a number of South Korean exchanges such as Bithumb and UPBIT announced that they would remove WEMIX tokens. WEMADE CEO points to UPBIT by WEMIX to be removed from the shelves, accusing them of abuse of power and treating the project distinguishingly. South Korea’s DAXA responded that this decision was a consensus reached on each exchange, and WEMIX failed to disclose the restoration of its damaged trust.

After this incident, in order to prevent such incidents happen again, five exchanges such as Upbit, Bithumb, Korbit, Coinone, and GOPAX jointly established the Digital Asset Exchange Alliance (DAXA).

After receiving the withdrawal notice, the previous transaction price of about 2,200 won, WEMIX plummeted more than 70%, closed at 600 won, and the price of WEMIX had fallen to 200 won when the delisting was confirmed on December 7.

Before the 13th President Yoon Suk-Yeol, South Korea, the game company must fully disclose the probability information so that the public can directly monitor unfair behaviors. In the past year, this has been one of the main topics in the Korean gaming industry.

On December 20, the Ministry of Culture and Sports and Tourism of Korea held relevant meetings to review the amendments to the game method required to disclose the probability information. However, the bill failed.

Kakao Games Corp. was sued by Korean players and called it “UMA Musume Pretty Derby“, which is a popular Japanese -developed mobile game. Hundreds of users demand back to the game due to the negligence of the company’s management negligence in Korean users. Small transactions. Since then, Kakao’s stock price has fallen three consecutive times in a month, down 12.8%.

On November 17, 2022, the global gaming expo opened in the Busan Convention and Exhibition Center, “Game Show and Trade, All Round 2022” (G-Star), to show the past, present, and future of the video gaming industry. It is estimated that more than 987 companies from 43 countries came to the exhibition.

Subsequently, at the parliamentary meeting on July 28, the Ministry of Culture and Sports and Tourism cited the game products that have not been released and completely wrong related data when they announced the content of the gaming industry’s revitalization policy.

In July of this year, Tencent and miHoYo submitted an application to the South Korean gaming industry Association (K-Games) and committed to becoming a member of the community. According to people familiar with the matter, the entity names submitted by the two companies are Tencent South Korea and COGNISPHERE South Korea.

At the Cologne game exhibition at the end of August 28, the soul -like game “Pinocchio’s Lies” developed by Korean manufacturer Neowiz Games became the biggest dark horse of the exhibition. Cut the best action adventure game, the most anticipated playstation game, the best role -playing game, 3 awards.

The game is highly similar to Soul-Like’s “BloodBorne”. It is expected to land on Steam, PS4/5, Xbox Series/One platform in 2023, and first add Xbox Game Pass.

In early October, second -level games such as “Blue Archive” and “FGO” (FGO) have recently announced that they will redesign the game’s age classification in South Korea to meet regulatory requirements. NEXON, a developer of “Blue Archive”, even announced in a community on October 4 that the game’s age rating in South Korea will be directly increased to the age of 18 and above in the near future.

In July 2022, YouTuber, who has been sponsored by NCSOFT and produced the content of the game “Lineage W“, stated that some related videos of “Lineage 2M” that did not mark sponsorship or advertising in the channel also received NCSOFT’s NCSOFT’s related videos. “Financial support”.

After the incident, the dissatisfaction of a large number of players of “Lineage 2M” was caused. First of all, it was a problem of false marketing. The seemingly evaluation of the audience’s performance in the game was actually the sponsorship of the game company. Not a deception. Secondly, the “Lineage Like” MMO game, as a typical Pay to Win product, allows the anchors sponsored by the game company to be equipped with ordinary players to compete with ordinary players to stimulate the consumption of ordinary players in the game. Many people are dissatisfied.