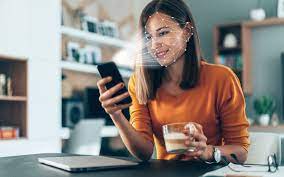 When an individual is committing fraud, they require an identity to abuse. Fraudsters can utilize a person’s genuine identity that they have gotten their hands on by illegitimate means, or they can make a new one. While making phony IDs, bad actors mix the real data on the stolen ID with fake data, since it is difficult to get noticed when you are not using all of the fake information. This is referred to as synthetic identity theft. The recent information from US Federal Data Reserve indicates that in 2020 the banking sector in the US lost 20 billion dollars to synthetic ID theft. It is believed to be among the rapidly growing finance-related crime in the US. According to Shufti Pro Funding, businesses are investing a large sum of their budgets in identity verification services.

Synthetic identity fraud occurs when somebody incorporates genuine and fake identifying data to open accounts or purchase items illegitimately. Real data, such as pictures or Social Security numbers, are frequently snatched and merged with false data, including false name, date of birth, or address. Scam artists use this new, fabricated personality to open credit cards and make unauthorized transactions. Due to the obvious way distinct identity data is banded together, it’s sometimes regarded as a “Frankenstein identity.”

A scam artist will most likely use this forged identity to create accounts or perform other acts that allow them to build credit and appear legitimate. When they have been deemed extremely qualified debtors and appear to be at lesser risk, they may create a big purchase or take out a huge loan and then simply vanish.

In several cases mentioned in the news, scam artists or a fraud circle generate dozens if not hundreds of new synthetic IDs. In most situations, borrowers are the victims because they lend money and finances to felons using forged identities. People can also become victims of these circumstances if their official data is included in the synthetic identity used in the theft.

It is sometimes a “long con” in these situations because it requires more effort and time to develop a fictitious credit history that enables the fraud of large sums of money.

A Fraudster Creates a Fake Identity

Synthetic identity fraud necessitates the use of actual identity details in conjunction with crafted data to create a false, new identity.  They frequently utilize genuine Social Security numbers that have been looted or bought on the dark web. Fraudsters frequently utilize SSNs designated for individuals who do not have a credit record, such as children, the homeless, or senior citizens. They begin creating a profile using that SSN and fictitious names, birth dates, and so on.

A scam artist applies for credit digitally employing the freshly formed synthetic identity. The financial firm to which they have applied then sends the inquiry to credit agencies for ID verification. These first applications are typically denied because the synthetic identity lacks a credit record. The application, on the other hand, is sufficient to initiate a credit file.

They Continue to Apply for Credit Until They are Successful

The fraudster continuously keeps applying for credit until they get accepted. Most of the time it’s a high threat borrower which allows this approval. They keep using it to make all the payments on time to make a healthy credit profile. They nourish the profile for a long period so that they can look like a normal credit user.

They Boost a Positive Credit Score

After nourishing the credit profile, they get access to big credit lines. And with time, they’ll ‘bust out.’ They reach the credit limit, then stop making payments and disappear.

Synthetic identity fraud is a rising problem that is becoming more prevalent each year, so companies need a more effective system for verifying the identity of their customers. Given the magnitude of data theft, damaged personal identifying information (PII), and accessibility to the dark web, relying solely on Social Security Numbers and credit agencies is no longer sufficient. Conventional methods aimed at reducing identity fraud are not always capable of detecting synthetic identity theft. As per Shufti Pro News, companies should provide training sessions to their staff regarding identity theft protection.

Companies must engage in more advanced identity authentication techniques, such as document validation and biometric identity verification service based on AI techniques. A synthetic identity that integrates an actual SSN with falsified information can avoid a credit agency check, but it is less easy to transmit a document inspection. And a scam artist is doubtful to want to put their picture on a forged identity when it is subjected to a biometric check.