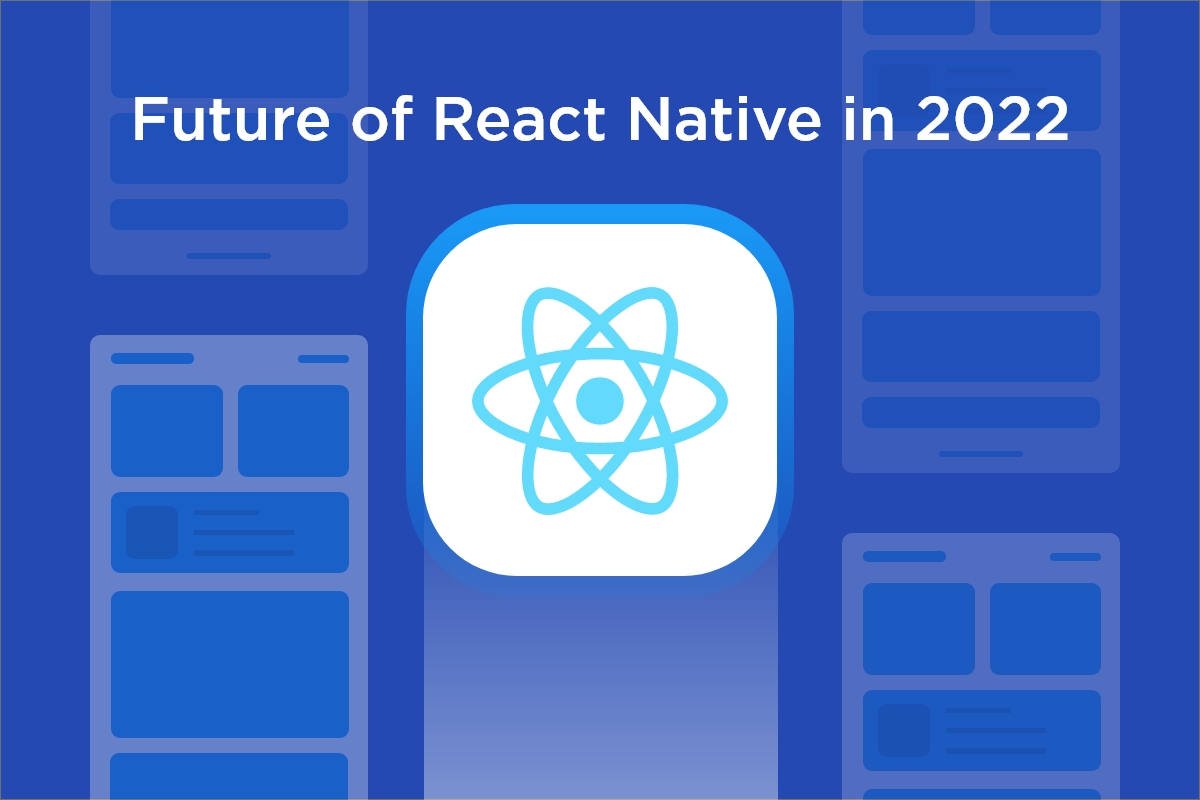 Today, react native is the most widely used hybrid mobile technology among developers & react native app development companies all over the world.

React Native has grown in popularity and repute among top-tier businesses over the years. The majority of applications produced from the Meta organisation (previously known as Facebook) rely on React native mobile app development services to ensure proper operation.

Many developers around the world are using React Native to create more complicated apps than ever before. This framework enables users to access a variety of applications in order to create a unique product.

Despite its flaws and drawbacks, React-native remains a great tool for cross-platform mobile development. To obtain a competitive advantage, several of the most prominent organisations, like Facebook, Instagram, Airbnb, and Salesforce, have heavily embraced the React Native framework in recent years.

The goal of this blog is to give all of you a concrete answer on the future of React Native.

How Did React Native Become So Popular?

Its popularity stems from the fact that

Another reason for the RN’s popularity in recent years is that it is utilised by companies such as Facebook, Instagram, Skype, Bloomberg, and others.

React Native is a robust framework for building mobile apps that are utilised by organisations of all sizes. This is a quick, efficient and simple method for developing JavaScript apps. Its key advantage is that you can easily construct an application for multiple platforms at the same time and it also has a low entrance hurdle. React Native is widely used by major brands, therefore don’t expect it to fade away in the next few years.

The Top Benefits of React Native

The current app’s time to market relates to the time between conception and sale. The app’s time-to-market is vital to its success. Your software should be released on both iOS and Android as soon as feasible so that you may obtain market share. The application’s delay is reduced by using React Native.

It allows you to alter the source code without having to recompile the app in order to access those codes. As a result, whenever you make a change to the app’s code, you can see the result in real-time, which helps to reduce the wait time for updates. Live reloading, on the other hand, is a program that can compile and read a file that has been modified by the developer. It also sends the new file to the simulator and starts the program automatically.

Apps that are Faster

One of the most significant advantages to creating react native app is the low development time. This framework includes a number of ready-made components that are available in the open-source library, which can help to speed up the app development process. Furthermore, the same code may be used to create apps for both Android and iOS. This ensures a speedy development period, allowing you to get the apps to market as soon as possible.

We previously described how React Native works on both iOS and Android. The future of React Native appears to be brightening. React Native is compatible with Windows, macOS, Linux, TVOS and watchOS.

Because React Native is an open-source technology, it has a sizable online community. This provides you with the added benefit of utilising community-driven technology. If you encounter a difficult scenario while developing an app, you can seek the assistance of specialists or react native app development company. Furthermore, the presence of such a large online community helps users to pool their experiences in order to enhance their code.

React Native allows you to reuse code, which can dramatically reduce app development costs. To create apps for both the Android and iOS platforms, the developer only has to know one programming language. This enables you to use a single team to develop apps for two different platforms, lowering your development costs.

Simple and Easy to Care For: The APIs of native frameworks are also expanding. Before React Native, we had to upgrade the Android apps to use the latest technologies and waste time releasing iOS apps. If your program was built on a native platform, the process can be time-consuming. Maintaining an app with React Native is simple, straightforward, and cost-effective.

Improved Performance: By employing native modules and controls, React Native improves the efficiency of any mobile application. The framework works nicely with Android and iOS native components. It then creates code for the native APIs without any intervention. It is the only framework that uses the graphics processing unit (GPU) instead of the central processing unit. As a result, if you plan to create react native app, it will outperform competing cross-platform frameworks in terms of performance.

These benefits distinguish React Native from the competitors and make the future appear more promising.

A New Threading Architecture- rather than requiring each UI change to run on three different threads, Fabric will allow developers to call JavaScript synchronously from any thread. This reduces the load on the main thread without compromising responsiveness.

Ability to Render in Asynchronous Mode- With this modification, React Native will be able to render in asynchronous mode. To make it easier to handle asynchronous input and to allow for various rendering priorities

Streamlined Bridge- Through a streamlined bridge, developers are attempting to improve direct calling between JavaScript and native code. It will also make it easier to create various debugging tools.